Ho Chi Minh Experiences: Handbook A To Z For Traveling

About Ho Chi Minh City
Ho Chi Minh City (also known as Sai Gon City), along with Hanoi, are two economic and cultural centers of Vietnam and also the leading tourist destinations in our country. According to Saigon travel experience, before traveling any place you should learn about that land, it will help you more convenient in exploring.
With a long history of cultural and religious relics for hundreds years, Ho Chi Minh is still one of the youngest and most dynamic cities in the country. Traveling to Saigon, you will have the opportunity to discover famous destinations, unique cuisine and friendly, hospitable people. 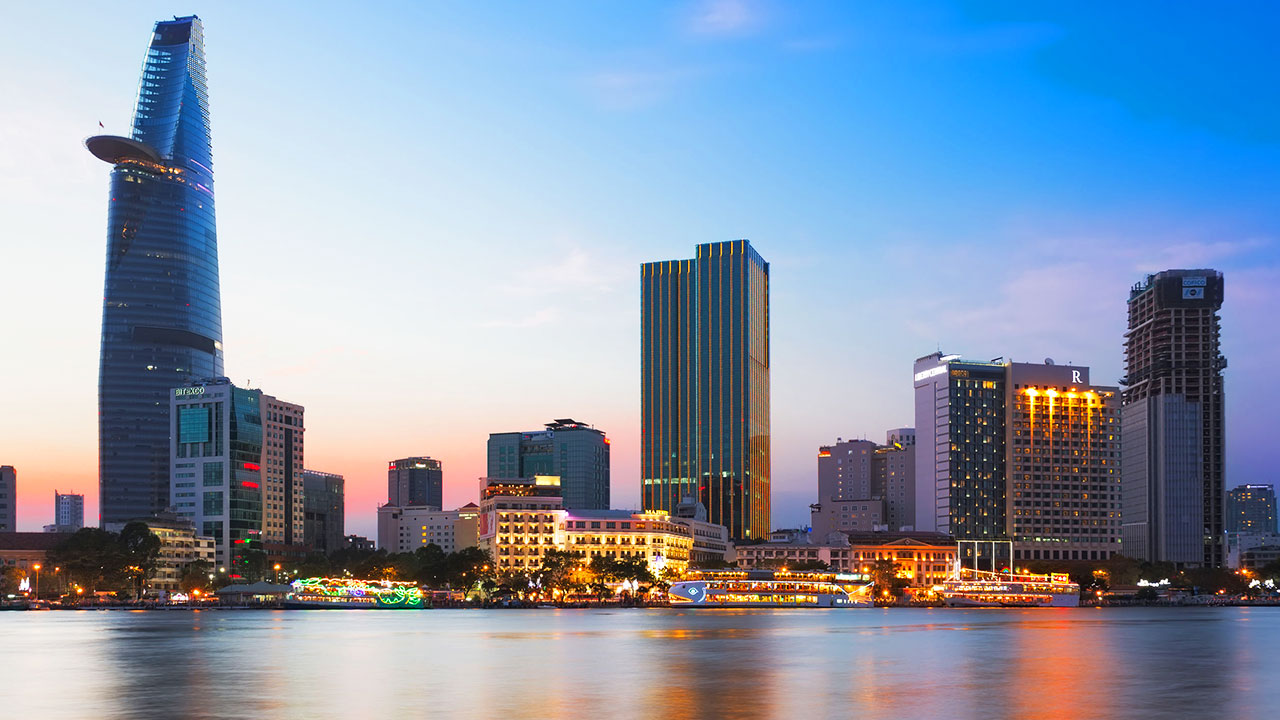 Transportation to Ho Chi Minh City
Ho Chi Minh city have being facilitated to develop tourism, you can come to by many types of vehicles such as: Airplanes, trains or coaches or personal vehicles.
Here's a convenient way to get to Ho Chi Minh City:
+ By plane: You can choose a lot of airlines such as Vietnam Airline, Jetstar or Vietjet ... However, you should choose Jetstar or Vietjet with round-trip tickets. It just around $80, the travel time is 1h30 minutes.
+ By train: You should choose Thong Nhat train from rail station. The fastest train takes about 30 hours if traveling from Hanoi to Saigon, the train ticket price depends on the type of seat and cabin you want to choose.
+ By bus: You can choose Mai Linh or Hoang Long with good quality service and cheap. The bed is large and comfortable. Travel time by bus is 30-40 hours. Fares usually range from 500,000 VND or more.
+ Vehicles in Ho Chi Minh City, you can go by taxi, motorbike taxi or rent a motorbike in Saigon cost about 100.000VND / day for convenience when visiting and moving. In addition, to save costs you can choose public transport as bus.
** If traveling by personal vehicle such as cars or by motorbike in Ho Chi Minh, please pay attention to bring all your papers, comply with road traffic safety regulations, do not forget to bring a map or position google map feature for easy navigation.

Accommodation in Ho Chi Minh City
The hotel in Saigon is very rich and varied from a few hundred to a few million depending on the location and quality of the room. Therefore, depending on the budget as well as the purpose of the trip is to relax or explore, you should choose the most suitable hotels and motels.
** One note, when booking hotels in Ho Chi Minh, for convenient travel you should book near the bus station, tourist attractions ... If traveling on Holidays, New Year Eve you should book early to avoid cases out of rooms or a high price.
Good and quality hotels in Saigon often focus on streets like Nguyen Trai, Le Thanh Tong, Ben Thanh market area, Pham Ngu Lao street...

Below are the famous tourist destinations in Saigon you can refer and choose for yourself the most suitable destination:
1.    War Remnants Museum
The Vietnamese government-run War Remnants Museum in Ho Chi Minh City is one of Vietnam's most popular museums. The museum's roots date back to 1975, when it was called the Exhibition House for U.S. and Puppet Crimes. The name was shortened to Exhibition House for Crimes of War and Aggression in 1990, then changed again to War Remnants Museum in 1995, amid improving relations with the U.S. and increasing numbers of American visitors who sometimes complained about the choice of language. Although its name has been toned down, the museum has been criticized for lacking balance by linking American soldiers to aggressive and criminal actions while neglecting atrocities committed on the North Vietnamese side.

2. Cu Chi Tunnel
Located about 70 km to the northwest of HCMC, Cu Chi tunnel is the miniature of the creative and transformed battle of Cu Chi people and soldiers in the fierce fight, lasting for 30 years against the aggressors for independence, freedom of the country.

With its victory scale, Cu Chi tunnel went into the history of heroic struggle of the Vietnamese as a legend of the 20th century and became famous in the world. This is a unique and incomparable wonder with 250 km tunnel spreading like cobwebs underground, with the completion of works associated with the tunnels such as trenches, docks, fighting places, tunnels for eating, sleeping, meetings, activities, military, food storage, water wells, Hoang Cam stoves... 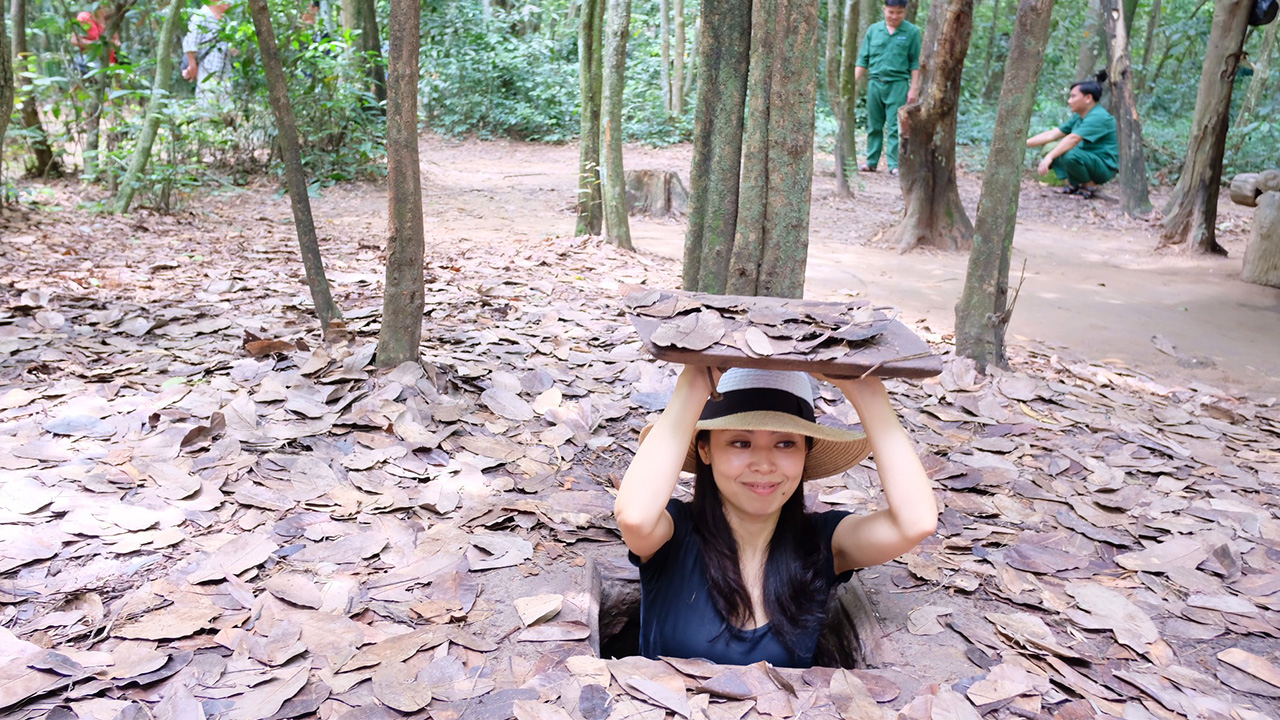 3. Cao Dai Temple
Cao Dai Temple (also known as Cao Dai Holy See) was constructed in 1933 in a unique architectural style that reflects its blended traditions. Of all the places most people visit on a day trip from Ho Chi Minh City, going on a day tour to Cao Dai temple is one of the best things to do in Ho Chi Minh city to fully embrace the unique local vibe.

4. Landmark 80 Tower
Landmark 81 is a super-tall skyscraper in Ho Chi Minh City, Vietnam. The investor and primary developer for the project is Vinhomes, a Vietnamese corporation that is also the country's largest real-estate company. Landmark 81 is the tallest building in Vietnam, the tallest completed building in Southeast Asia as of July 2018 and the 14th tallest building in the world.
The 461.15 metres (1,513.0 ft) tall, 81-storey building is built on the western banks of the Saigon River in the city's Binh Thanh District, located just north of Ho Chi Minh City's historic center and to the immediate south of Saigon Bridge.

Independence Palace, also known as Reunification Palace, built on the site of the former Norodom Palace, is a landmark in Saigon, Vietnam. It was designed by architect Ngô Viết Thụ and was the home and workplace of the President of South Vietnam during the Vietnam War. It was the site of the end of the Vietnam War during the Fall of Saigon on 30 April 1975, when a North Vietnamese army tank crashed through its gates. 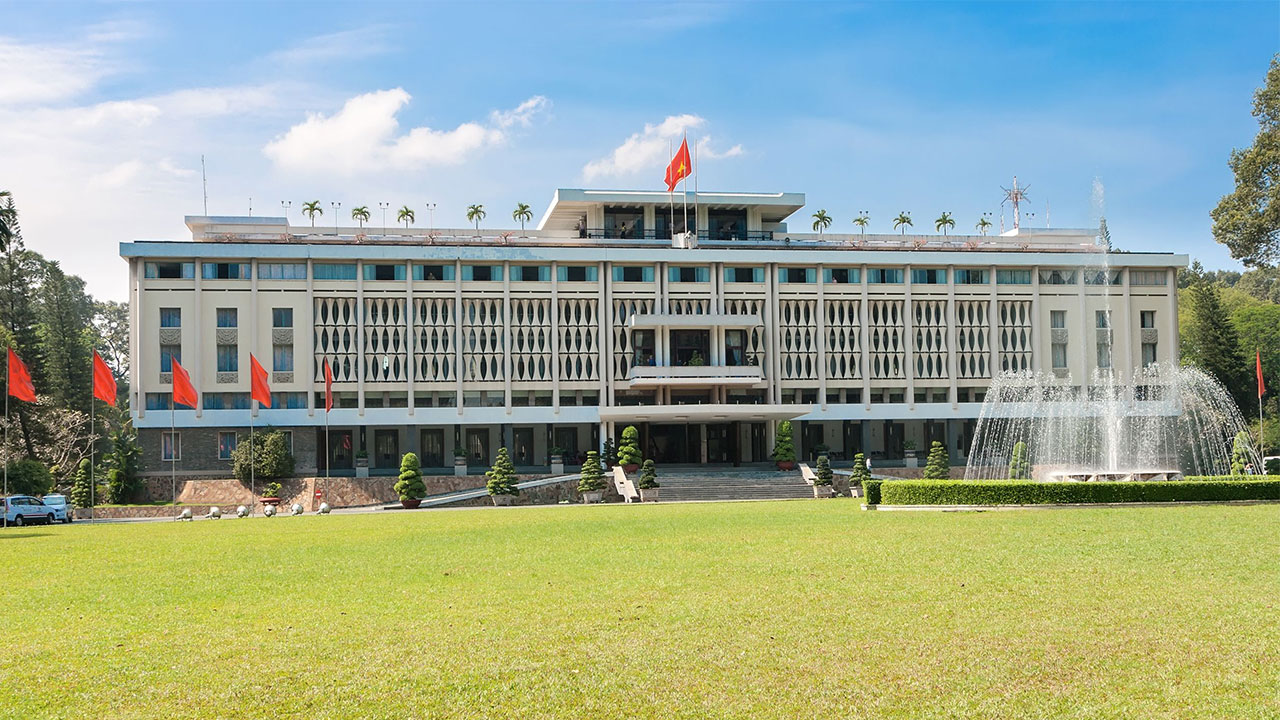 7. Saigon Central Post Office
Right across the way from Notre Dame Cathedral, Ho Chi Minh City's striking French post office is a period classic, designed by Marie-Alfred Foulhoux (though often credited to Gustave Eiffel) and built between 1886 and 1891. Painted on the walls of its grand concourse are fascinating historic maps of South Vietnam, Saigon and Cholon, while a mosaic of Ho Chi Minh takes pride of place at the end of its barrel-vaulted hall. Note the magnificent tiled floor of the interior and the copious green-painted wrought iron. 9. Bitexco Tower and Sky Deck
Bitexco Tower is an office tower in Ho Chi Minh, with a characteristic oval extension which acts as a helicopter landing pad. Standing at 262 metres tall, this 68 storey, making it the second tallest building in the city, fifth tallest in Vietnam with a sky deck offering 360 degree views of the city and surrounding area as well as a fantastic sky bar called Alto where you can see all of Ho Chi Minh while enjoying a cocktail and some tapas style international dishes. 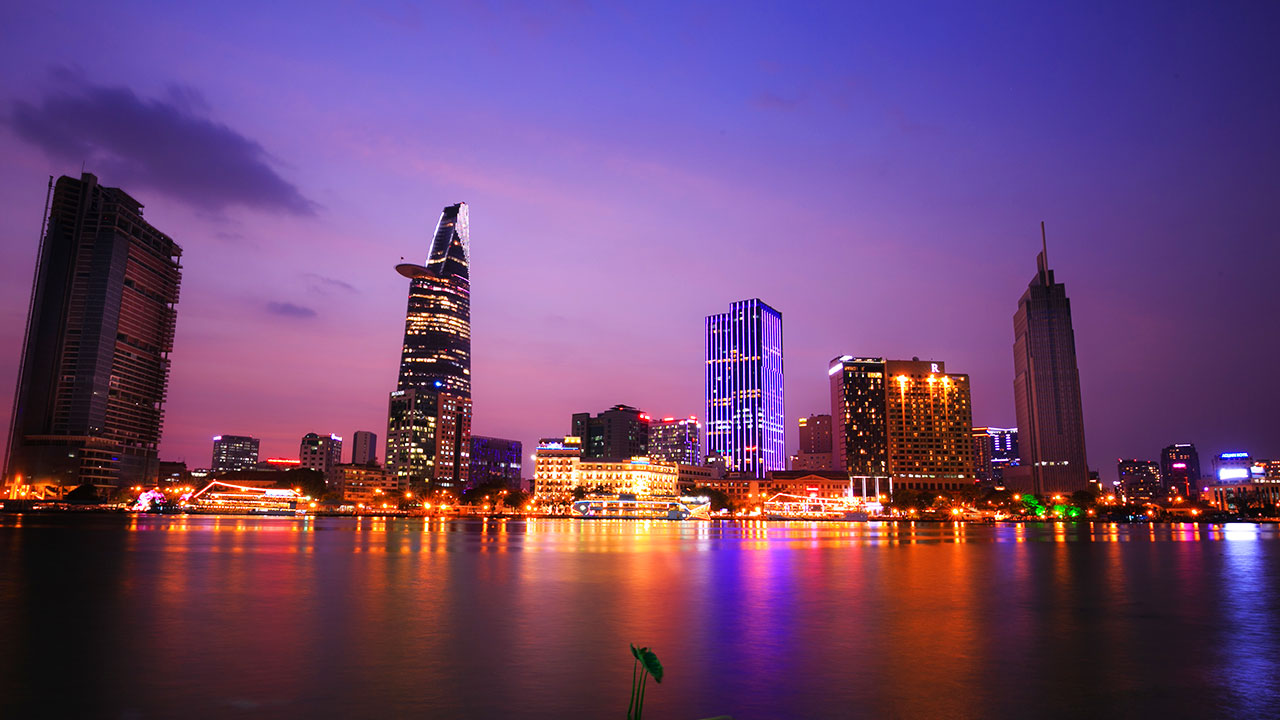 10. The Mariamman Hindu Temple
The Mariamman Hindu Temple is a little known Hindu temple in Ho Chi Minh City. Most Vietnamese are either Buddhist or Catholic, but this is a little piece of Southern India in the midst of the number one economic center of Viet Nam. There are only 100 Hindus in HCMC, all of them Tamils. This temple, known in Vietnamese as Chua Ba Mariamman, is considered sacred by many ethnic Vietnamese and ethnic Chinese.
Indeed, it is reputed to have the miraculous power to bring luck or wealth to people. The temple was built and the end of the 19th century and is dedicated to the Hindu goddess Mariamman.
Opening Hours: Daily 06:00 AM – 23:00 PM
Address: 45 Trương Định St, Bến Thành Ward, District 1, Hồ Chí Minh City

There are travel experiences in Saigon 2019. We wish it can provide you the necessary and useful information for a more convenient and memorable trip to Ho Chi Minh City.