The Imperial City Hue – Discovery The Last Dynasty Of Vietnam

Brief Introduce
The Complex of Hue Monuments is located in and around Hue City in Thua Thien-Hue Province in the geographical center of Vietnam and with easy access to the sea. Established as the capital of unified Vietnam in 1802 CE, Hue was not only the political but also the cultural and religious center under the Nguyen Dynasty, the last royal dynasty of Vietnamese history, from 1802 to 1945 CE.
The Citadel has three cities within a city. The Citadel was the biggest part of the city and is surrounded by impressive brick walls and a moat circle. There the place where people and mandarin has lived. The Imperial City (also known as the Inner City) is located inside the Citadel, which protects the most important areas of the royal court, Nguyen’s ancestral shrines and the Forbidden Purple Citadel – place just only reserved for emperors and their family. 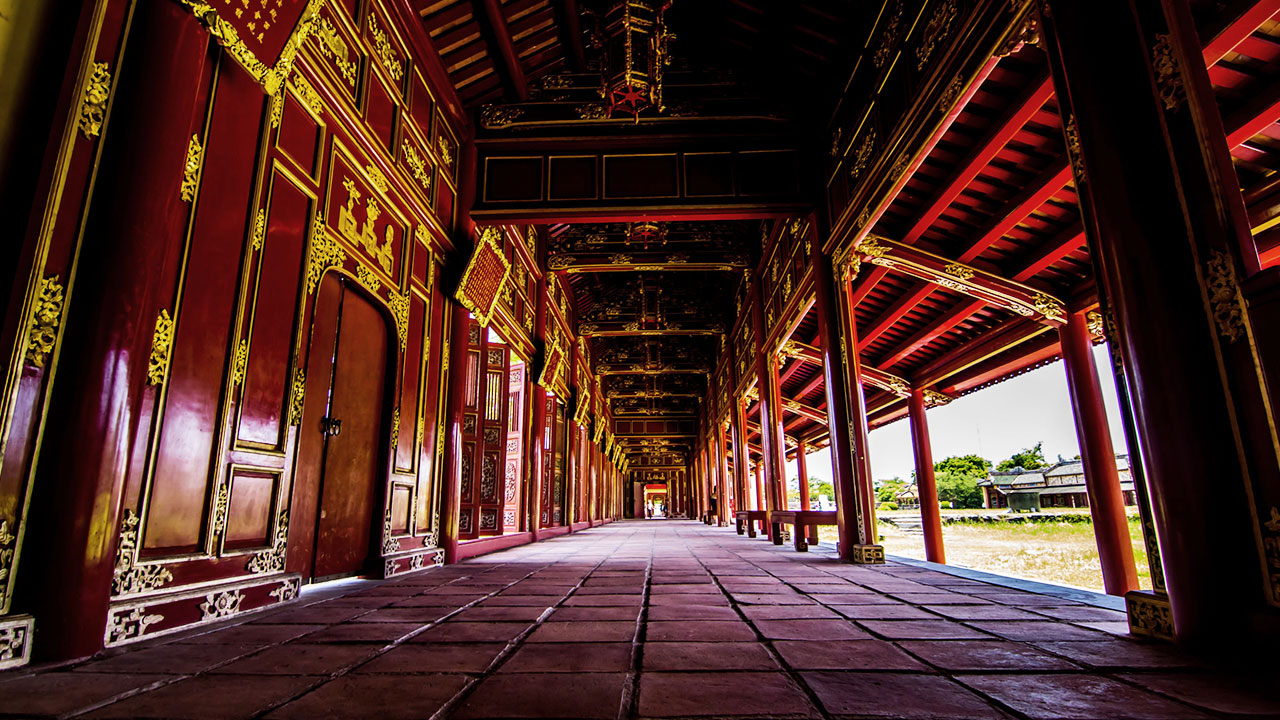 The Imperial City Hue is one of vestiges of The Complex of Hue Monuments and until now, there still preserves more special feudal architectures. Inside the citadel is The Imperial City (Hoàng Thành), with a perimeter wall some 2.5 kilometers in length.
Being the most massive building in Vietnamese history, The Imperial City Hue has a construction process lasting up to 30 years, with tens of thousands of workers, many different steps such as river filling, digging ditches, embankment walls, tomb removal ... and huge amount of rock and soil up to millions cubic meters.
The structures of the Imperial City include many areas such as defense area, celebration area, temple area, ... are carefully placed within the natural setting of lakes, flower gardens, stone bridges, and islands, the island and the green trees. The city has 4 gates located on 4 sides, of which the largest and most beautiful main gate is the Ngo Mon Gate.
All through this huge city were temples, palaces, offices, gardens, and residences. It takes a long time to walk through as a tourist, but don’t worry! With its magnificent beauty and excellent palace architecture, you will surely enjoy the journey to explore The Imperial City. The Meridian Gate (Vietnamese: Cổng Ngọ Môn), also known as the South Gate, is the main gate to the Imperial City, located within the citadel of Hue. The gate is divided into two levels: below is the ground level and above is a pavilion.
It has five entrances, of which the centre one was always reserved for the monarch's use only. The two, slightly smaller, side entrances were reserved for mandarins, soldiers and horses. The two small arched entrances on the side were for the rest and commoners.

The upper is the "Five-Phoenix Pavilion" (Lau Ngu Phung) with structures from iron wood. From the main hall, the emperor would watch troop movements and his subjects bringing homage. The pavilion's roof is decked in imperial yellow, glazed ceramic roof tiles. On the roof tiles are various animals and creatures to ward off evil. The main hall is flanked by two side pavilions, which were reserved for members of the court.
During about 2 centuries and admire many important historical events, the meridian gate was able to survive and became wonderful architectural masterpiece. 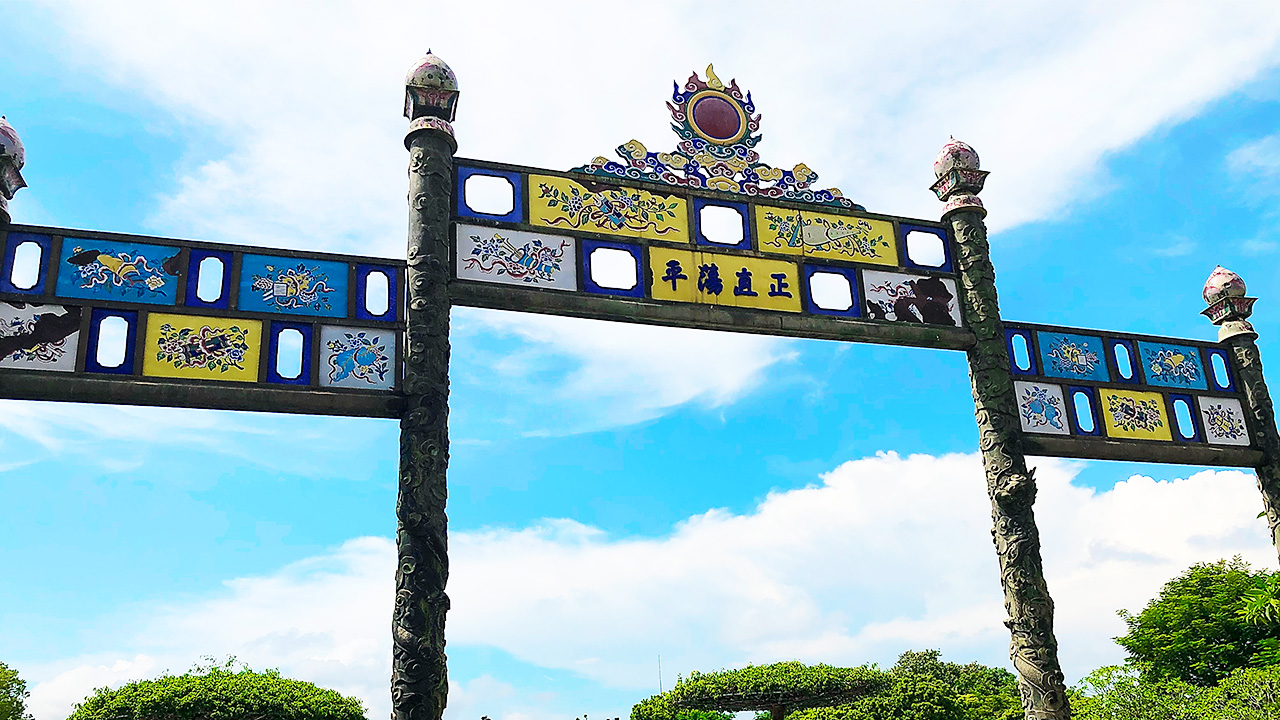 Thai Hoa Palace is among the most important constructions of Hue Imperial City where Nguyen kings had ruled the country for over 100 years. Here the emperor’s official receptions and other important court ceremonies such as anniversaries, coronations and national celebrations were organized on the first and the fifth day of the lunar calendar. Such ceremonies were arranged with the participation of the Kings, the members of the Imperial Family and high-ranking mandarins. 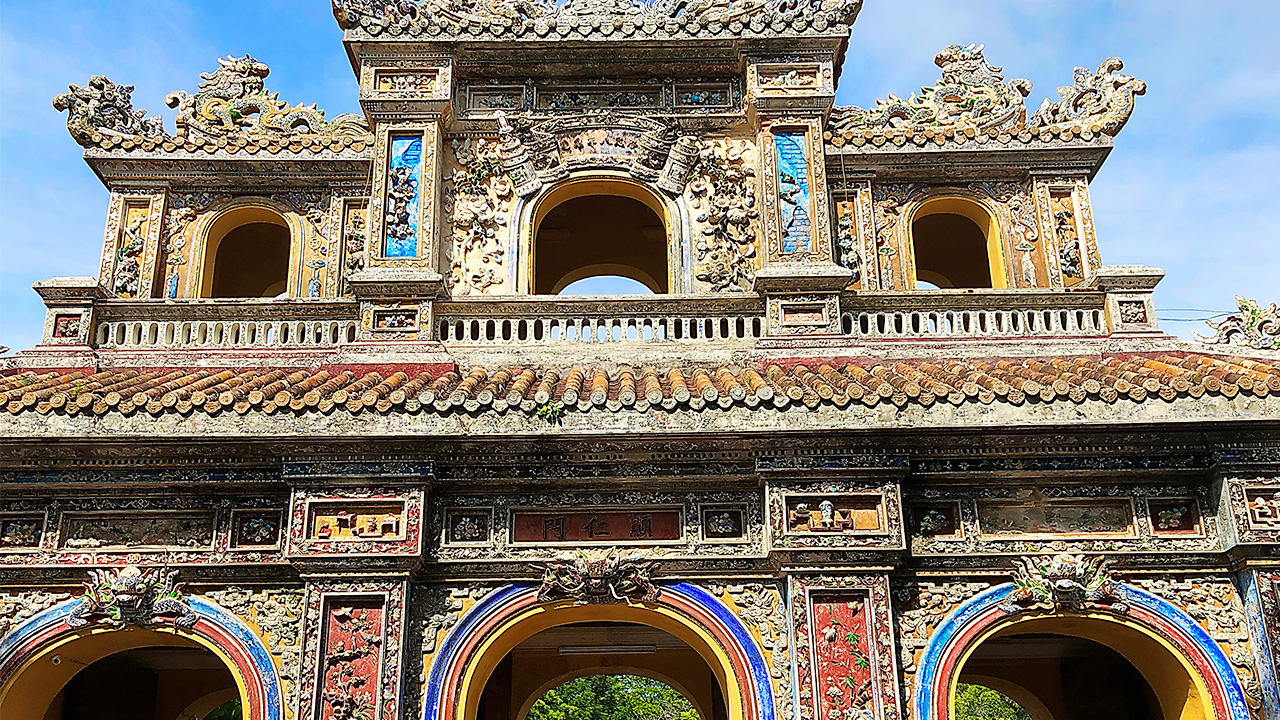 Cung Diên Tho (Dien Tho Palace), which located in the northwest of the Imperial City, was built in 1803 for the daily activities of the Queen Mother. The name of the house means “long life,” which was a wish of longevity for the Emperor’s mother.
Also be a part of the ancient ruins of Hue and located in the Imperial Citadel area, the Forbidden City was the residence of the king as well as the Nguyen Dynasty. In the Forbidden City, there are more than 50 architectural works with diverse scales, typically such as Can Chanh Palace (where the king set up a court and banqueting), Can Thanh Palace (where the king slept), Thai Binh Pavilion (where the king relaxes, reads books), Ta Vu & Huu Vu,…

Visiting Hue Citadel, visitors can also participate in The Imperial Night Space show which held every Saturday. In this shimmering night, old ceremonies will be reacted faithfully and unique cultural and artistic activities will also take place. 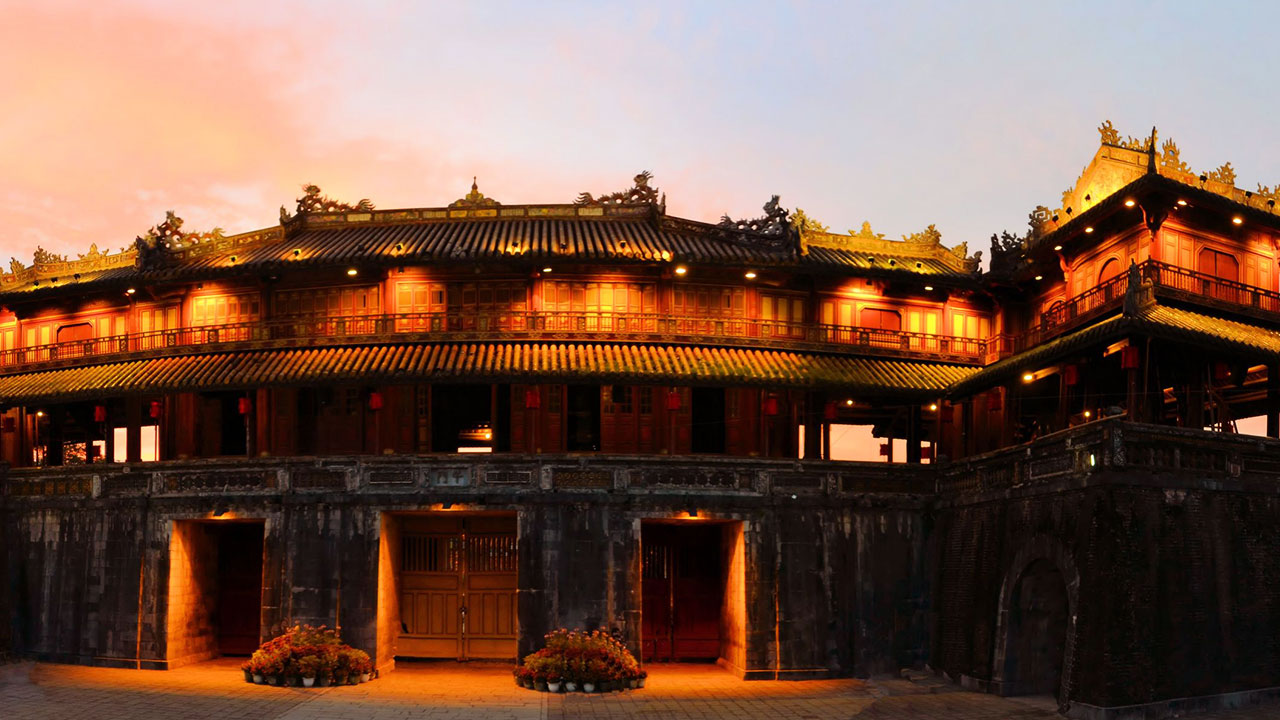